Putting on a production of “Les Misérables” is always a double-edged sword. On the one hand, it’s a license to print money. Any company that takes on the rights is guaranteed to see great ticket sales for the season. On the other hand, expectations are high. Unreasonably high, in fact.

But, who cares! It’s Les Mis! And any time a production of Les Mis comes around, those of us obsessed with it rejoice at yet another opportunity to witness another rendition of this show that seems to affect so many people in a way unlike any other show.

So yes, I’m a Les Mis Tragic. But far from causing me to write a biased review in favour of the performance, like most lovers of this musical I tend to rip into any production of it. But I’ll aim for professional balance here.

Let’s start with Marius, played by Joseph Giblin. This guy has got a fantastic voice, which he used with spectacular precision. And when he really opened up the airbags and let it out, he was truly impressive. This guy is going places.

But it’s Jean Valjean who carries this show, and Jon Grear did appear a little out of his depth with the role. To be fair though, who wouldn’t be? We all know this is a once-in-a-lifetime role, and for most performers it takes absolutely everything you’ve got. I’m just not sure that Jon gave us all he’s got though. Jon, I beg you, please hold onto those notes. From where I sat I reckon you can do it, but you didn’t seem to feel you could. But please try it for your sake. Big lung-full of air mate and just give it a crack. The shortening of each note became distracting and unnecessary.

Natalie Harding’s portrayal of the adult Eponine was well delivered and faithful to the character. As was Guy Mansbridge as Javert.

Jordy Irvine-Creaser gave us a strong Fantine, inciting moments of genuine sorrow and sympathy from the audience. Like-wise the adult Cosette played by Kiera Turner was complete and believable.

And then there’s the Thenardiers. Is it just me or do the actors who play these two roles in any production of “Les Mis” always seem to be really enjoying the moment, much more than anyone else on stage? You could see that Billie Turner was LOVING playing Madame Thenardier, and she was a pleasure to watch. Oliver Reschke as Thenardier was probably the crowd favourite, though, as his performance was as amusing as it was evil.

Andrew Smith played Enjolras, and I wasn’t completely sold. To me, Enjolras needs more conviction. More clenched teeth. More angry fists in the air so to speak. There was nothing wrong with his performance, we just needed more of it.

But what about the younger cast? Little Eponine was played by Alexis Bruce on the night I saw, and the role doesn’t really leave much to comment on. Not that that’s her fault though, the character at that age in the show just really isn’t much.

Jasmine Walter as Little Cosette however, is given her moments to shine and she grabbed them with both hands. Her voice is sweet, and as a poor mistreated child that our hearts are supposed to cry for, she nailed it.

But, BUT…Joel Pathius! I’ve seen plenty of Gavroches in my time, and tonight I have a new favourite. This kid’s brilliant. His voice is great, and MAN can he act. When he cries for Eponine, I think he was close to having most of the audience crying with him. There’s a future star here, Ladies and Gentleman.

Overall, the direction seemed a little lacking. Venue constraints probably contributed to this, but it did seem like actors were left to their own devices a lot, where some direction could have added to the impact of the intense script.

Along with some costume faux pas (non-period footwear), the occasional dropped line, and I think some of the show being cut, that’s probably all the fault that could be found.

Perhaps the biggest test for me was whether or not I would deem the three hour round trip to see a three hour show, worth it. Pleased to say it definitely was. I’m sure there was some opening night jitters, and I can’t help but think there’ll be a vastly different show up on that stage come final night. 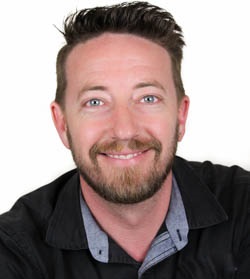 Doug is a sought-after Copywriter who specialises in blogs for small to medium business. With over 20 years’ experience in small to medium businesses, Doug understands what business-owners endure on a daily basis. Specifically, Doug writes content that sells for businesses. Sells their products, or their services. If you’d like to talk to Doug about writing a blog for you, or any other Copywriting needs, contact him here.

About the Doug Phillips

Doug is a sought-after Copywriter who specialises in blogs for small to medium business. With over 20 years’ experience in small to medium businesses, Doug understands what business-owners endure on a daily basis. Specifically, Doug writes content that sells for businesses. Sells their products, or their services. If you’d like to talk to Doug about writing a blog for you, or any other Copywriting needs, contact him here.